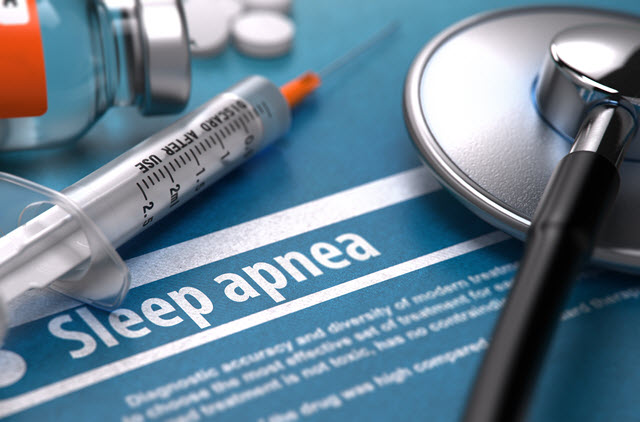 Signs and symptoms of sleep apnea are quite pronounced, but go unrecognized by the person with the disorder for one very key reason: he or she never wakes up while experiencing breathing “events,” or apneas. Unless someone else shares the bed or close quarters the symptoms of the disorder could go undiagnosed and symptoms range from nuisance fatigue to high blood pressure and worse.

Sleep apnea can be divided into three main types:

The common misconception is that sleep apnea is snoring or being unable to breathe while sleeping. These are simple and incomplete descriptions of a nighttime breathing disorder that generations ago could ultimately cause life-threatening illnesses, including congestive heart failure. And, until the past few decades, treatment was impractical and widely unavailable.

Most sleep apnea sufferers may complain of constant fatigue and lack of concentration.

Snoring is the most commonly associated sign of sleep apnea, but the snoring alone is not a sure sign of this dangerous breathing disorder. Signs of sleep apnea:

The challenge with sleep apnea is that for the most part the signs and symptoms are unknown to the sufferer. You could experience obstructive sleep apnea regularly and never wake to know you have the disorder. Loud snoring and gasping for air doesn’t necessarily wake a sleeper. Commonly the disorder is noticed by a partner or someone else living in the same quarters. Given the physical signs of sleep apnea: snoring, choking, pauses in breathing cycle, plus other notable physical characteristics doctors are usually quite proactive in diagnosing this disorder.

In some cases patients may be asked to take a sleep test, called a polysomnogram. This instrument, used in sleep medicine, measures an assortment of behaviors and functions during a sleep cycle, including heart rate, brain activity, temperature, facial movement, breathing rate, and eye movement, to name a few.