Insomnia can be treated in a growing number of ways, pharmacologic and non-pharmacologic, including light therapy.

Insomnia, as we’ve learned, is not an illness unto itself, but a set of symptoms usually secondary to other maladies, including poor sleep hygiene, medical conditions, medications, and social and psychological problems like depression and anxiety disorders. While light-affected insomnia can affect many different people, those most at risk are night shift employees, those with chronic fatigue syndrome, seasonal affective disorder, depression and anxiety, and depression associated with pregnancy, as well as those with jet-lag.

Even infants - with far less complicated lives - may be treated with light therapy, also known as phototherapy. 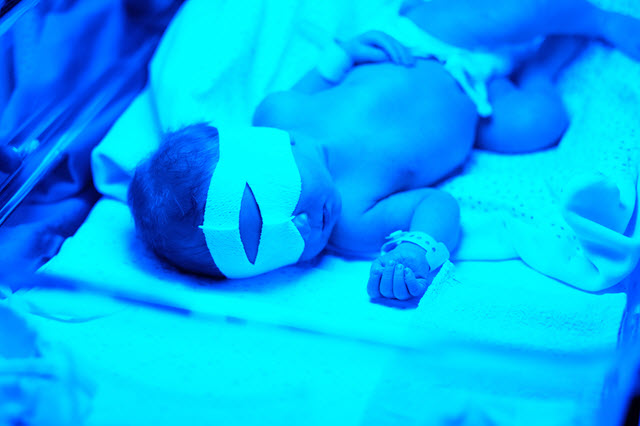 Your biological clock is tricked into responding to bright light, either to stave off sleep or induce waking earlier, therefore prompting a more normal release of melatonin and time appropriate sleep-wake cycle.

The Connection to Light and Dark

Insomnia is a disharmony in the circadian rhythm and your biological clock, your body’s natural sleep-wake cycle stimulated chemically by changes, or cues, in the lightness and darkness in the natural world. For most animals and humans the darkness that night brings stimulates a release of melatonin in the brain, which subsequently provides the natural effect of drowsiness. Studies have shown that for normal adults this melatonin release usually occurs around 9 p.m. But in some people this natural chemical reaction is derailed for various reasons and results in some symptoms of insomnia. When insomnia goes untreated it can become chronic and a serious risk to your health.

The most common insomnia patterns among people with light-affected sleep disturbances are sleep onset insomnia and terminal or late insomnia, waking very very early in the morning and unable to go back to sleep. When you are unable to fall asleep at the beginning of the night it pushes your biological clock backwards: you fall asleep much later at night and sleep much later in the morning. This is called delayed sleep phase syndrome.

Advanced sleep phase syndrome sufferers have similar problems, but their insomnia stimulates a much earlier sleep cycle than is normal and subsequent waking in the middle of the night, after a normal 7 or 8 hours of sleep—resulting in terminal or late insomnia patterns. Suffer disturbances like DSPS or ASPS enough and the insomnia can turn chronic. Your body is not conditioned for these types of biological clock imbalances.

Bright light therapy, as it’s called, is the practice of exposing a patient to a bright light source as a biological clock stimulus. The theory is that this brighter light mimics the effects of normal daylight, but is more intense.

The light therapy products available range from sunlight visors you wear like a hat to whole room full-spectrum lighting and even high-tech dawn simulators. Each has a particular application, so consult with your doctor. In many instances a light therapy product prescribed by a doctor will be covered by your insurance plan.